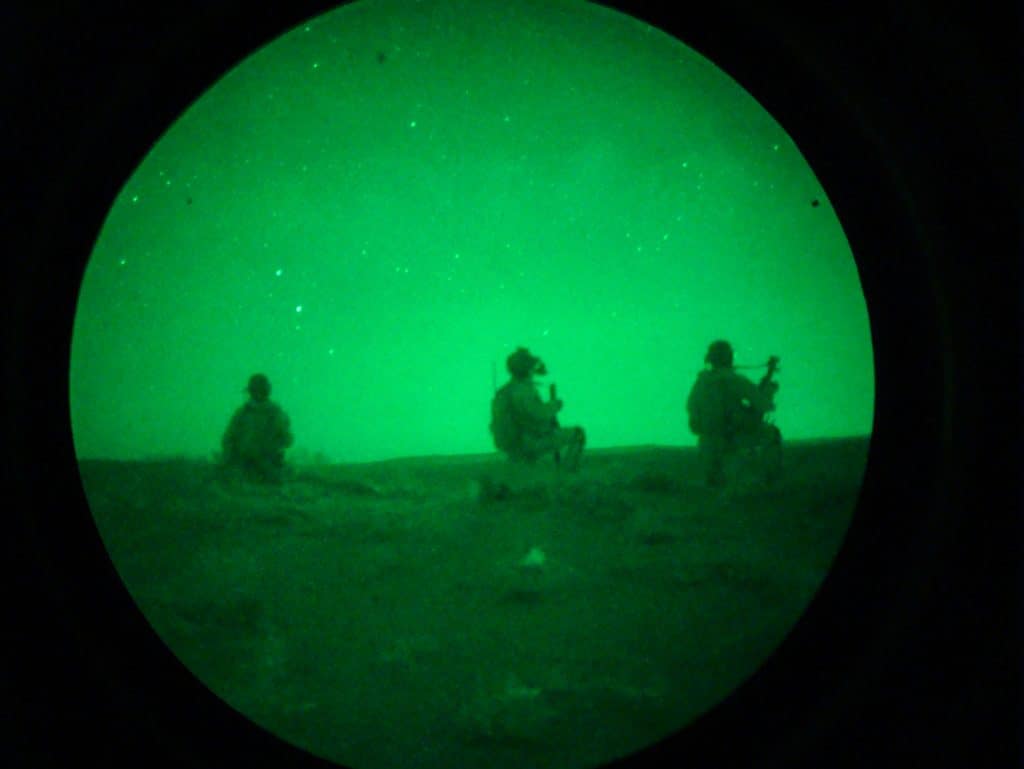 Christian families are the forward operating bases in the war for a redeemed culture. We need an integrated strategy to be victorious.

This essay originally appeared in the Fall 2021 issue of Fight Laugh Feast Magazine.

I donned my desert uniform, body armor, and helmet with night vision goggles, then slung my weapon around my body as I ran to the humming Black Hawk helicopters outside. I met with the other leaders for a quick huddle. Our target that night was time sensitive, so there was no time for detailed planning. Then we jumped aboard our assigned helicopters and relayed the plan to our teams before lifting off. Less than thirty minutes from initial notification we had fully assembled, formed a strategy, and were en route to execute a complex night air assault in enemy territory.

As we flew, a glow-in-the-dark board was passed around that read 75+ FOOT LONG FAST ROPE INTO TARGET. Although we had expected to land next to the target building, live video surveillance revealed that palm trees encircled the entire compound. I immediately reached into my cargo pocket for my fast-rope gloves. Made with thicker material, they helped protect hands from the friction caused by a long slide down a rope. The battlefield always changes, and fast rope insertions were a possible contingency. A smart Ranger is always prepared for such contingencies. Unfortunately, there were also some complacent Rangers with us. After numerous missions without fast roping, they stopped bringing heavy gloves and had only thin gloves.

As the Black Hawks hovered over the compound, we dropped the fast ropes that hung in bags over the landing gear, and dozens of soldiers rapidly slid to the ground around the building. Within five minutes, we secured the compound and detained the target individual. We then moved to a clearing, where the helicopters picked us up and flew us back to the security of the forward operating base. After the mission, I had a small blister on one finger despite two layers of gloves, but many guys in the assault force had blisters on every finger! A visceral reminder to be prepared for every possible contingency.

Pulling off a complex assault like the one I described requires a secure base to launch from, a highly trained team that can adapt to changing conditions, and experienced leaders that understand the principles and tactics of war.

War is the Reality for Christians

For the Christian, spiritual war is always raging — and just like physical war, the Church’s battlefield is rapidly changing. To meet these challenges, we need homes and churches that provide secure bases to operate from; we need to be highly trained in all aspects of the faith; and we need leaders who can define objectives and guide us on the spiritual battlefield.

For Christians, THE OBJECTIVE is filling and subduing the whole earth for the glory of God (Genesis 1:28). To define the right subordinate objectives, we must understand who the enemy is and what territory they control. Ultimately, we know our enemy is sin and the father of lies, and that “the god of this world has blinded the minds of the unbelievers, to keep them from seeing the light of the gospel of the glory of Christ.” (2 Cor. 4:4) We also see examples in scripture of leaders falsely claiming to be speak for God (e.g. 1 Kings 22—400 liars vs one faithful prophet). This means that we must fight against both unbelievers and Satan—working to free unbelievers from his lies and make them into alleys through the power of the Gospel—while also exposing false prophets and seeking to remove them from positions of leadership.

To accomplish these objectives, we need secure places where we can train soldiers of the faith and plan and launch attacks. In a physical war these places are called “forward operating bases.” Surrounded by high walls that are constantly guarded, these bases have an ample supply of “beans and bullets”—the weapons, munitions, equipment, and supplies that soldiers need to fight. These bases are located close to enemy-occupied cities in order to support assaults on enemy strongholds.

In a spiritual war, Godly households—supported by the church—are the forward operating bases. They must have secure borders and be well supplied. This means rejecting the industrial revolution’s model of family and instead establishing households that are more like Abraham’s. His household was well-managed, productive, and self-sufficient. It was so productive he had 318 trained men able to pause agrarian work and execute a daring mission to rescue Lot’s family (Genesis 14:14-16). Abraham’s family had margin to cross-train in things that didn’t support the primary business, and that enabled them to be ready for the unknown.

For me, entrepreneurship and small business are the most effective ways to model Abraham’s lifestyle. Running my own businesses allows me to have total ownership over my time and makes me less dependent on enemy-controlled corporations. My family has established multiple revenue streams that make our household more self-sufficient in uncertain times and allows me to spend more time with my family. I think more Christians should view household-based small businesses as a preferred option for their family’s livelihood. This will enable them to be more resilient and flexible in support of THE OBJECTIVE.

Productive, self-sufficient households enable fathers and mothers to train soldiers in the faith by protecting their children from combat until they’re ready for it. Almost without exception, I believe this means providing children with a Christian education instead of sending them to schools blinded by the enemy. If our children are not surrounded by those who profess Christ during their formative years, how can we be confident they will be prepared for the enemy’s attacks when they come?

You Are Never in “Good Enough” Shape

We must also be well-trained and battle-ready Christians ourselves to be effective at leading and training future warriors. This means having dominion over our whole selves—spirit, soul, and body (1 Thessalonians 5:23). In a comfortable first-world society it’s easy to neglect caring for the physical body, and Christians are hardly setting themselves apart in this arena. It’s all connected, so your soul and spirit will thrive as you take care of your physical body by working out, eating healthfully, and enjoying pleasures in moderation (Ecclesiastes 3:1–8, 1 Corinthians 6:12, 1 Corinthians 6:19–20, 1 Peter 5:8).

As a young U.S. Army Ranger, I thought I was in “good enough shape” for war because I had of the top physical fitness scores in my company (about 200 soldiers). Then I had to drag an injured teammate out of a firefight for immediate evacuation. After having marched across the desert for miles with 80 pounds of gear, the fatigue nearly overcame me. Thankfully there were other Rangers there to help and leaders to guide us to the evacuation site. Real combat experience changes a soldier’s mindset about war and how to prepare for it. As we continue to train and engage in this fight, we must remain vigilant against complacency. Just like no amount of physical training would have made evacuating a fallen comrade easy, Christians must never think they are “holy enough” to contend with the roaring lion seeking to devour us, our neighbors, and our children.

Lastly, winning wars requires all the forward operating bases to be integrated into a comprehensive strategy. For Christians in a spiritual war, this means being committed and faithfully attending a church with fearless leaders who can define additional strategic objectives and infuse the body with hope and courage. Just as in physical wars the troops are rotated off the front lines to rest, resupply and train, the church should be a place of respite where you and your family are surrounded by other soldiers in the faith to rest, get provisions, and train for your specific mission.

My efforts to save my fallen comrade would have been in vain without a leader running ahead, communicating with the helicopter, and helping us navigate to the evacuation site. Leaders understand how to guide soldiers in changing conditions under difficult circumstances, and how to inspire soldiers to continually take ground from the enemy. When a soldier grows weary, a good leader gives them the courage to press on. We must gain and keep the momentum!

Just as all branches of the armed forces work together to win physical wars, households and churches must form strategic alliances instead of attacking each other. The enemy should always suffer from the weight of our combined force instead of profiting from disunity in the body.

Christians who are committed to local churches function less like roving bands of mercenaries and more like a professional military force —THE CHURCH, united and boldly remaking this world for Christ. We can do this by having dominion over our whole selves, establishing homes that serve as effective forward operating bases, and integrating with thriving local churches—churches guided by strong leaders who plan and direct spiritual assaults on the enemy in support of THE OBJECTIVE. When we do this faithfully, we should expect—through Christ—to be victorious both now and forever. 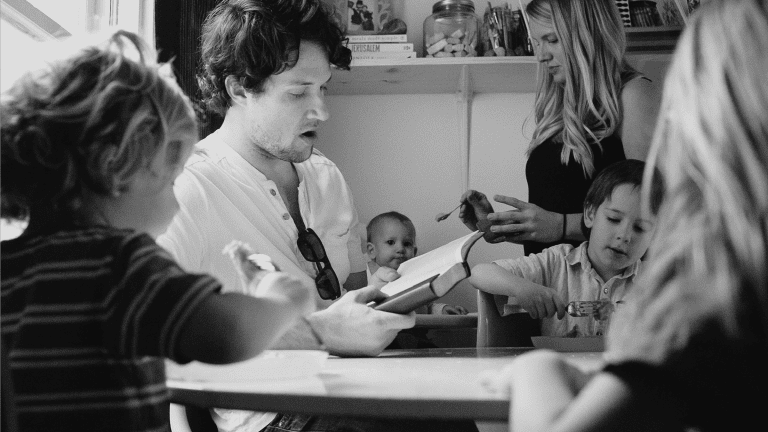 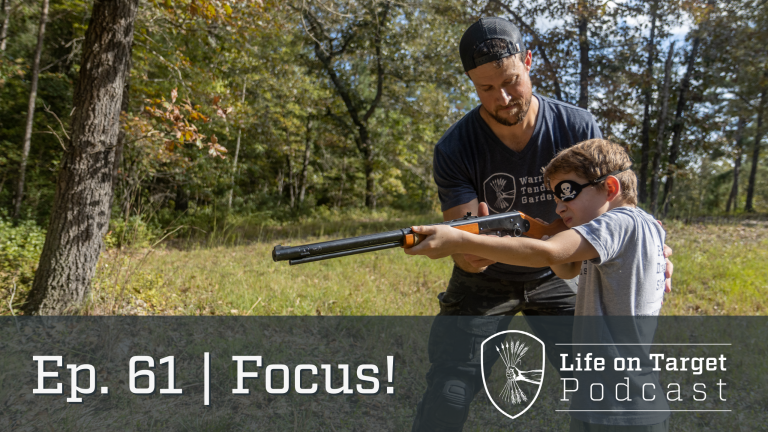