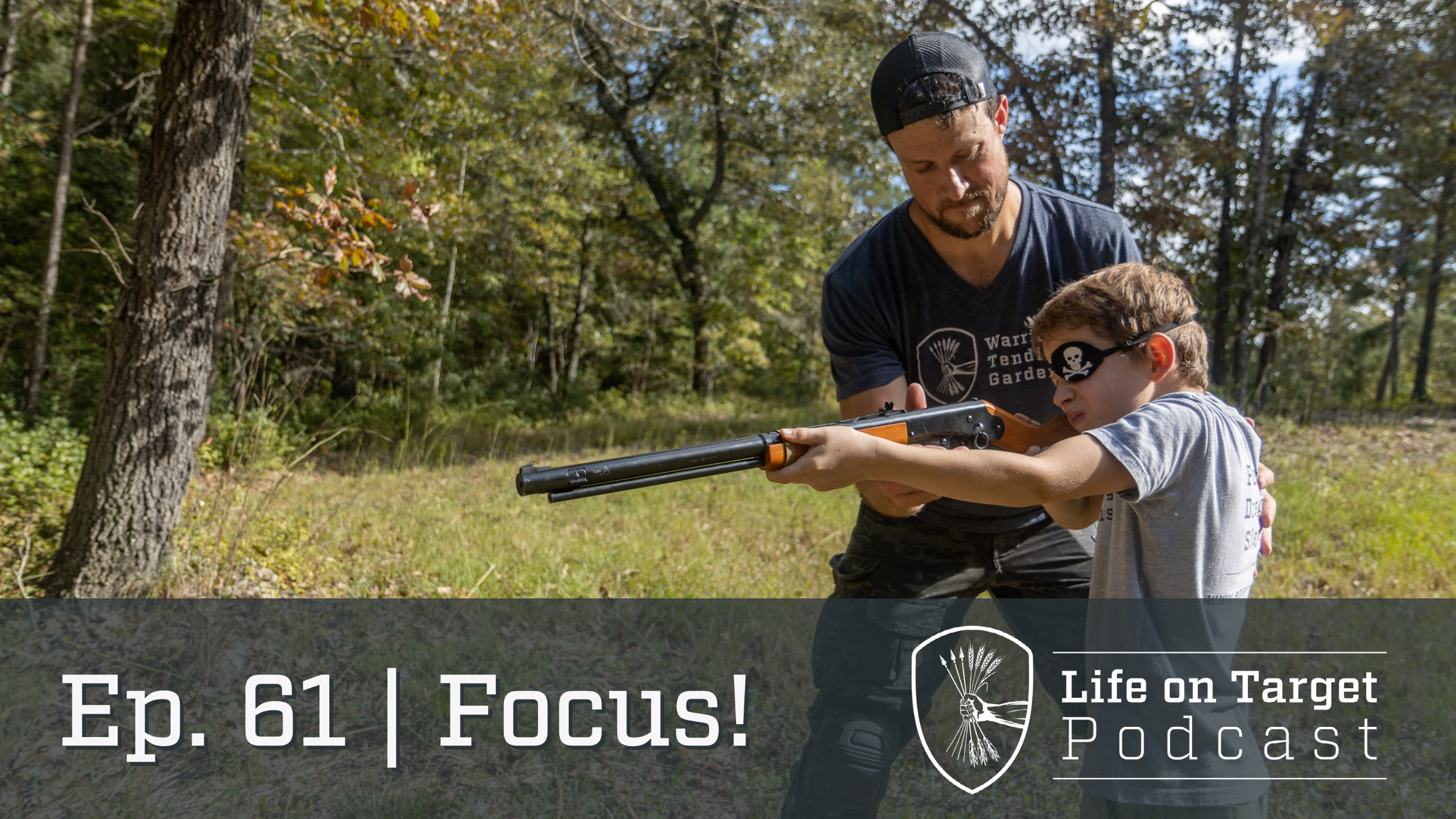 Having too many good things in your life is a threat to the very best things! In this episode Nathan shares how he’s been distracted in the past and how he’s taking drastic measures to focus in 2023. He also shares some simple things you can do get more focused in your life.

Listen to this Episode

Disclaimer: Spearing.co earns commissions through qualifying purchases made through links on this page and throughout the site. It’s a great way to support the work we’re doing!

[00:00:00] Nathan Spearing: Welcome back to The Life On Target podcast. I’m your host, Nathan Spearing, coming to you today on the eve of the year 2023. So I figured I’d take this opportunity to share a little bit about my personal year in review and reflection that I’ve done the last couple weeks and the things that I’ve learned, uh, painfully actually at times here, and give you a quick update and an admonition about how you can prepare for 2023 as .

[00:00:29] I already talked about the podcast and the numbers and things like that in our anniversary episode, episode number 55. So I’m not gonna be talking about that. I’m gonna be expanding the optic a little bit, talking about more areas of my life and the painful lessons I’ve learned even just the last two weeks.

[00:01:30] I went and did a free fall training course in New Mexico. I consulted with the Silicon Valley startup in 2018. Uh, it was intermittent work, but it was 1,350 bucks a day to do something that was, I was good at. I understood technology. I understood. Military applications and I was able to provide a lot of value.

[00:01:53] It was quick and easy money. Um, it was coming at a time when I was struggling in the primary business, so, [00:02:00] uh, it was really kind of hard not to take. But as I reflect back on that and even look at the last couple weeks, um, my attention was taken from my core businesses and that hurt me in the long run.

[00:02:14] It’s hurt everything, um, because the. Learning and the changes that you make and your attention to detail and your faithfulness and the small things, the earlier on that you do that the better in all areas of life. So I was choosing money, good money to in the, in the present, but it actually was hurting my primary business.

[00:02:37] And um, I’m sure I’m forgetting about other times that I did this because, you know, it’s just been a, a habit of mine including, In my seventh year of business, one month’s into my seventh year of business in 2022, I announced the Kingmaker Event series and I sold a few tickets and had a bunch of people, um, messaging [00:03:00] me whining about the price and asking for discounts.

[00:03:02] So that’s probably gonna be a whole nother episode where we take apart the kind of person that does that. And, uh, thinking that when I’m putting together a room of 10 men that are serious about. Growing their local community and improving professionally and learning from businessmen that are killing it, uh, that they don’t want to pay the initial buy-in for it.

[00:03:27] So had the, we’re not gonna talk about that anymore. I had the tickets priced at 2,700 bucks a piece, and so selling 10 tickets, if I could have got that done, I don’t think I would’ve been able to sell all 10, but I think it probably could have sold five or. Either way, max gross for the event would be 27,000 after I paid the speakers covered their travel cost of the mansion, food, ammunition.

[00:03:53] Yeah, we’re gonna shoot a bunch of ammo, uh, cuz we like guns and the net profit was, was [00:04:00] not gonna be a lot, but the real cost was gonna be the probably 75 plus hours that I had to spend making the event amazing. And at the same time, I announced king Makers. I was also designing and estimating construction projects for several clients.

[00:04:15] I think I have seven active jobs right now for people. Um, I usually keep my pipeline pretty full and I had been working on a client, uh, since last July that I had kind of counted out and didn’t think I was gonna get. But in, uh, beginning of end of November, beginning of December, they reached back. And asked if we could get the job done still in their window that they had the beginning of January.

[00:04:41] So I quickly updated the proposal, I sent it to them and they accepted immediately and, uh, paid the or didn’t, not immediately, but they accepted and paid the 28,350 bucks. I needed initially to [00:05:00] get the project going and they’re gonna have to pay another 28,000 about a week or so into January. Um, that was, uh, after us already being booked up until the summer with our existing jobs, before this job, I felt like it was pretty much divine confirmation.

[00:05:19] I should be focusing, focusing my energy elsewhere. Note, this is not counting initiatives that we have going on in real estate content production. The fact that I’m a husband and father, we live in a bus, we’re building a farm. I’m trying to build our house this year. So with some honest reflection in the last couple weeks, I have been wondering why in the heck I thought I was gonna run an event in January.

[00:05:43] So, Being said, I’m gonna focus on some amazing things that are happening right here in our hometown that need my undivided attention. I’m currently listening to Carey Nieuwhof’s book At Your Best, and I’m glad that I had [00:06:00] already kind of realized that I needed to focus before this part came up in the book cuz it would’ve hurt a lot more.

[00:06:06] But he says, “the more naturally en gifted you are at something, the easier it is to spend less time. Not more. Why? Because you do a good job without even trying. Far too often in life, I’ve done just that. I’ve whipped something together because I got overwhelmed with so many other things that had, going on and so many other priorities and things vying for my attention.

[00:06:32] I threw together a. In a quarter of the time, it should have taken to do it well and often nobody noticed. That’s a terrible way to steward your gift. It’s also a really bad, long-term strategy if you want to fully develop your talent.”

[00:06:58] But it revolves [00:07:00] around me sharing how I’m focusing and how I am being more consistent at what is right in front of me. My admonition to you is to be honest and give a good assessment of how you’re doing at spending your time on the things that really matter, and eliminate all but a few things that aren’t giving, that are giving you the highest value.

[00:07:27] And return emotionally, spiritually, physically, and monetarily. If you aren’t sure where to start, look at the screen time notification on your phone, see if you can cut that in half. I particularly have deleted all the apps on my phone that steal my attention, including email. I’ve gotten rid of signal, I’ve gotten rid of all my social apps, and it’s been amazing.

[00:07:52] Saved hours of my life each day by not having those apps readily available because honestly, our [00:08:00] attention is the new oil, as Alex Hermo talks about, the companies that are drilling and trying to harvest our attention in any technological way that they can. So I’ve cut the cord in a sense so that they can’t do that, and it’s been amazing.

[00:08:16] I’ve had tremendous amount of product. Time that I got back in the day and I encourage you to try something similar to that. If you still are grasping for stuff to do, ask your spouse or good friend of yours where you are particularly gifted and where they see you wasting time on non-essential things.

[00:08:38] Uh, maybe read Greg McKeown’s book Essentialism. That is just a practical book that continues to hit home that I pretty much read every year.

[00:08:50] Also, think about what things only you can do and what things that you’re doing right now with good results that you could [00:09:00] become exceptional at.

[00:09:01] And as always, remember, the reason that we’re doing this as Christians is because God has given. Resources, including time that we have to steward and that we have to do it well for him instead of burying it, instead of living in fear.

[00:09:22] As always, I hope you got something out of this that you’re challenged. Hope you’re excited about 2023. I hope you share this podcast with a friend. Maybe get together for coffee. Discuss the subject matter here and how you’ve been maybe making some mistakes like I have, or just get together and make fun of what a distracted bonehead I am. I don’t care either way. Let’s have an amazing 2023 and as always, have a good one. 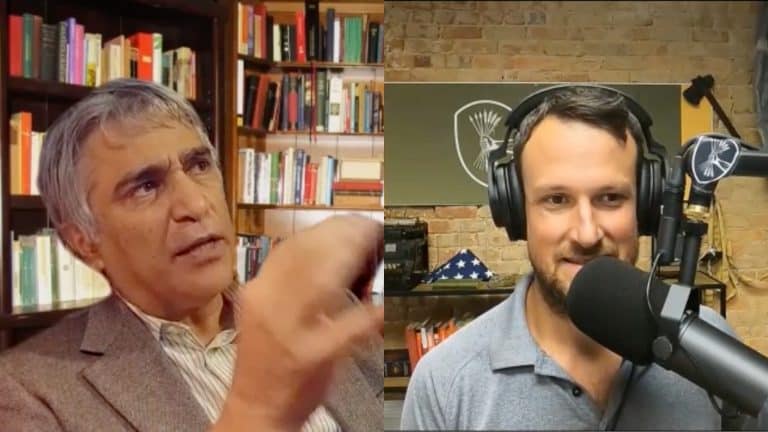 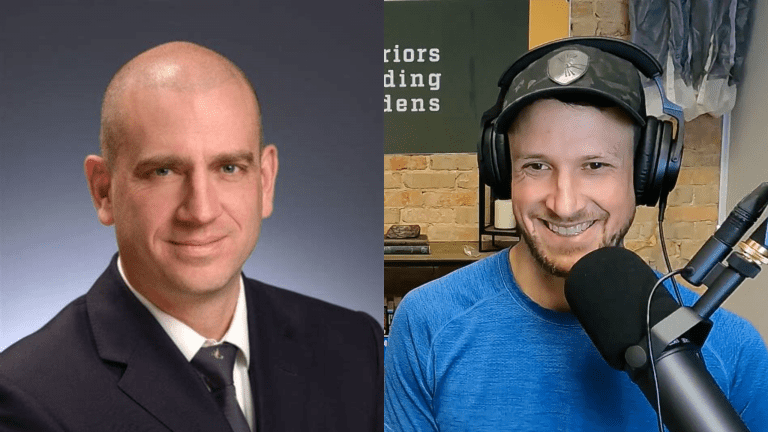 Ep. 52 | College Lies and Doing the Work to Lead Your Family with Dr. Ben Merkle